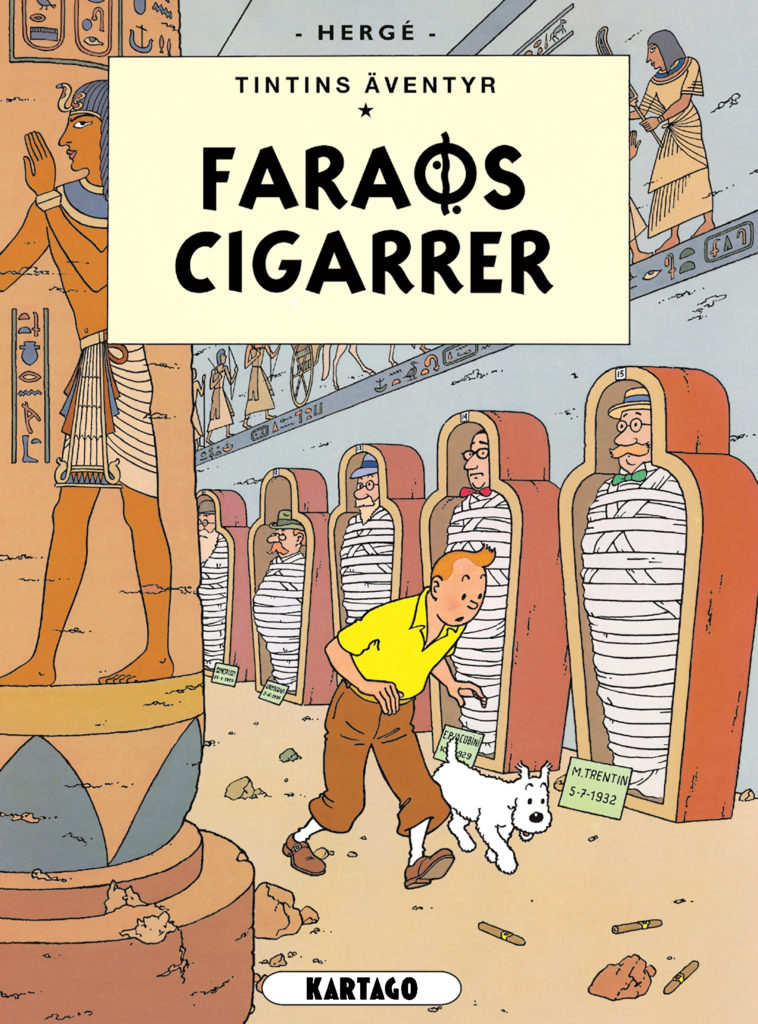 I’ve always had a soft spot for tales of alternative courses of history, and Ministry of Space has been on my To Read-list for years. Dealing in elements of World War II, the British empire, science fiction, and space travel, plus being written by Warren Ellis to boot, this book ticks off too many of my boxes to ignore. The collected edition being back in print, finally made it possible for me to get my hands on it. 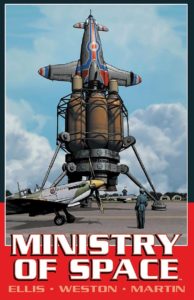 Ministry of Space starts off at the conclusion of the second world war. Britain manages to capture the top German rocket scientists and set them to work on their newly created space programme. Backed by a massive black budget, the programme makes constant leaps in technology, effectively making Britain the only power to truly enter the space age.

As a sci-fi short story, Ministry of Space works well. All the elements of a good sci-fi story are there – heroism, futuristic technology, ventures into the unknown, new frontiers – but I can’t help but feel that this story could and should be much more.

I understand that a longer story would’ve greatly increased the work effort, especially if turned into a comic. But I think there’s plenty of stuff and possible story lines in there for an entire novel, or indeed an arch of novels. Not to sound disrespectful, but I think the idea is too good and contains too many aspects for a mere, lonesome comic book.

Ellis chooses to focus on the British space programme alone, while I would’ve loved to see the story greatly expanded. What about world politics? Economy? Or what about other space programmes? The American space programme being the only other briefly mentioned. In this version of history there is no real space race, but surely the US and USSR wouldn’t have let the UK dominate space like this? And if they would, and did, at least explain why! And what about throwing China or Japan into the mix?

In the end, the only source of tension in the story is the question of where the money in the black budget came from. This would’ve worked great as one of many story lines in a greater context, but as it stands, the build up and conclusion simply isn’t strong enough.

Ministry of Space is a great idea, but doesn’t feel like a finished product. 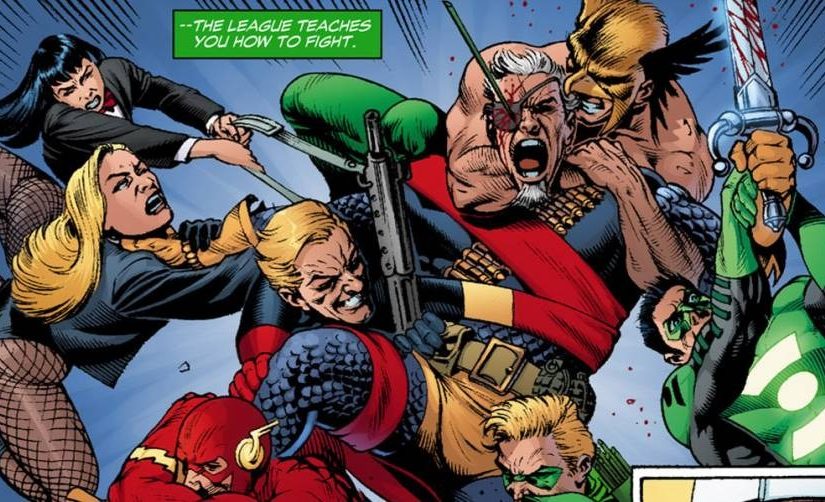 I’m not sure why I even bother with cross-over comics. They usually feel like some comic book artist wanted to draw ALL the superheroes in one go and pitches a decent idea, that in the end just doesn’t work.

I like the set-up of the story, where some villain is going after the family of the heroes. Stories where superheroes are portrayed as humans rather than super-humans usually open up for some proper drama. Not in Identity Crisis though.

The story unfolds as an average (at best!) whodunit, where various DC c 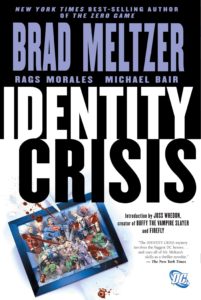 omic owned characters fight and argue and fight some more. The story never grips me, and it’s all horribly overacted, and questions of morality that are brought up feel…I don’t know, somewhat contrived.

Oh, and then there’s the ever ongoing feud between Batman and Superman, that makes all the nerds giggly and excited. Whose side are you on? Who would take who out, should it come to blows? (Superman, the boring Mr. Goody Two Shoes, would of course turn Batman into a bloody pulp, lest Batman fits some kryptonite on his gloves – always the kryptonite, yawn! But I digress.)

The end result is really rather boring, though with very well crafted drawings. If Identity Crisis has anything going for it, it looks good. Rags Morales and Michael Blair has done a smashing job.

But without the story to back it up, it’s just a bunch of nice pictures.

This review was written as a user review for GoodReads.com